Maybe someday your memories won’t be in the words I write
Or in the melodies I sing.

But for now, let this pain be the ink of my fingers
and the instrument of my songs

If someone asks me about you,
I’d tell them you’re like one of
my fondest memories,
the kind that is frozen in time by a photo,
I’d look at that photo
and re-live all the things that happened
before, during and after the shutter clicked
and when I’m done, I’d wonder

I heard her first before I saw her. The piano played a smooth music that made me stopped talking, I looked up and there she was: sitting at the piano, eyes closed, her face in total serenity.

Some of the people in the table had also stopped their chatting and started listening to the melodies the grand piano was releasing. While everyone had their ears up, I had my eyes on her, completely transfixed by the energy she was releasing, calm and serene.

The magic was broken when the piano stopped singing and I saw her standing up, wearing only jeans and a black blouse, heading to an empty table. As soon as her music stopped, the slow humming of chatters reached my ears. But I didn’t want the magic to end, I was still staring at her, oblivious to the people around me. A loud laugh jerked me awake, I had to look around to remind myself where I was. The whole crew is dining at one of the hotel’s restaurant. We took up about three big tables, but the restaurant was not full. It was a romantic venue, with a terrace outside and grand piano in the middle, where a pianist could play for couples.

I looked back at the girl, she was alone in her table, her back turned on me. I can tell she was having a drink, because she had one elbow in the table. Out of my better judgement, I stood up.

“Where are you going?” Matt asked, a member of the crew. I nodded across her table and Matt’s face turned playful, “Don’t do anything you’ll regret please,” he laughed. I shook my head smiling. I couldn’t see it, but I was sure some of the crew’s eyes followed me

“Hi,” I said confidently when I got to her table, I positioned myself in one of her sides so anyone from the crew watching me will only have my side view.

She looked up and I immediately saw the instant recognition in her eyes. It happens to me so often, I’ve gotten used to it.

“Oh,” she said surprised, “Yes?” she asked, one of her eyebrows raised.

Her brows furrowed, “what was?” she asked

“The piano, I meant the music that you played, it was beautiful,” I responded.

“Oh,” she said again, this time with a realization, she broke into a smile, “Really? You really think so?” she asked a bit eagerly.

“Ahh, yeah, it was captivating,”

She smiled and blushed, “Wow,” I heard her say. She continued smiling until it became a smirk, her head was shaking.

“I’m sorry, you must think I’m crazy,” she said still smiling. There was something about the way she smiled, liked she had a secret and she was about to tell someone.

“Thank you, I really appreciate that,” she continued. She looked up at me silently, expectantly, and I found myself saying, “You’re welcome. Can you do another one?”

I heard the ringing of her laughter, she was shaking her head.

“I’m sorry, no” she said in between her graceful laughter, “I’m gonna tell you a secret, I only know one piece to play, that song, it’s my favorite and I practiced six months so I can play it publicly. I just dared myself to do it today, I thought if I won’t do it now, I will never do it. And nobody recognize me here so it won’t be very hard for my pride if I mess it up”

I didn’t know I was smiling and laughing with her.

“Wow,” she started laughing again. “Anyway, thank you so much again,” she raised the glass of cocktail in her hand, “I don’t want to keep you from them,” her head nodded towards the crew.

“They’ll be fine,” I told her, “may I?” I asked pointing towards the chair across her. She looked a bit hesitant before breaking into a smile, “please,” she said.

So many nights later, I would stare at the sky and I could still hear her voice, “the stars are there to remind you that we’re looking at the same sky and we’re really not that far away.”

It still burns, just thinking about it. I feel it in my skin, a prick, a sudden gash of pain that go as quickly as it comes. Every now and then, something reminds me of you, a book or a detail in the wall. The most mundane things, and suddenly, I find myself staring at the past, your face all over.

And because words are my weapon, I think the best way to say goodbye and to let go of all things you is to write.

This is for all the times we dreamt of lazy Sundays together. When we won’t have to wake up early but stay tangled up in our sheets. You told me, someday, you’d make me breakfast with my favorites – eggs, pancakes and coffee. I giggle at the thought because you and the kitchen are two pairs not meant to be together. You insist though, you said you’d learn it, because perfect Sundays are meant for good breakfasts and all day in bed. I guess, we will never know how perfect Sundays are supposed to be.

Remember when you said we’d take a road trip? Leave all things behind for a month and just see where the ride takes us, you laughed as you said it. You showed me the map and you said it has been something you’ve wanted to do since you were a teenager. You’ve traced the road already and marked the date. You promised that one night, we’d stop the car and just lay somewhere to gaze the stars, and wish upon them. I smiled at the thought, how wonderful it would be to have you by my side with nothing but the stars as our company. I wonder, do you still have the map?

All those movies we watched, and TV shows we analyzed and everything geeky. We’d spent hours talking about something we saw and discuss either how much we loved or hated it. Those were simple times, when you’d laugh out loud over something I said and I’d shake my head pretending to dislike it. But I liked it, your laughter was a kind of music I never thought I’d miss. I try to watch some of those movies again but I can’t seem to finish them right now. Maybe someday I can quote our favorite lines once more.

When I told you I’ve always wanted to see the Northern lights, you told me we’d watch it together. That night, I slept imagining the two us, huddled closely together with our thick jackets, holding hands – our gloves setting our skin apart. But that’s fine, because in my picture, we kissed amidst a backdrop of colorful aurora borealis. I still plan to go to the North and experience that magic, but I guess I’ll always wonder how different it would be if you were by my side.

I don’t know how you are, because it hurts too much to keep up with you. Somewhere out there, you’re trying to search whatever it was that you couldn’t find with me, and I hope that eventually you’ll discover it. Maybe, someday, we’ll meet again. By then, we would have grown enough, and maybe, just maybe, we’ll breathe life to a love we once so cherished again.

To the South we go, paradise awaits us
Where endless shades of blue gazes
Into a lush green of tropical trees
And the sea breeze kisses you with life 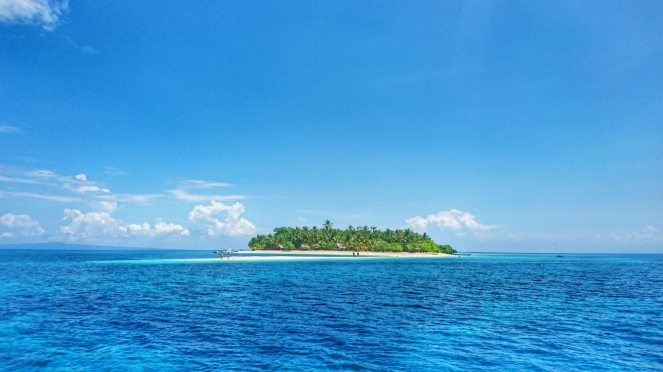 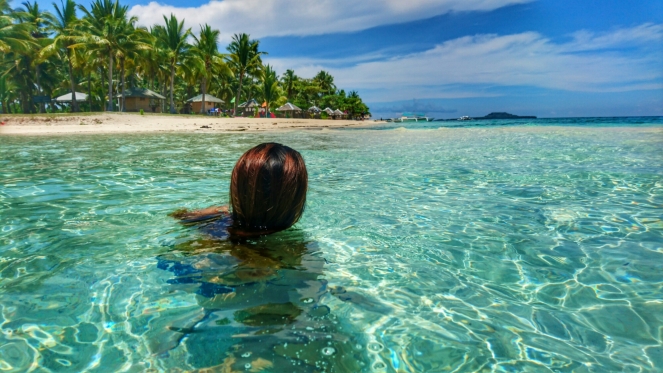 No, it’s not a misspell. It’s another word that sounds exactly like Pensive and are in the same line of the word’s meaning but exist in a fictional world.

In the Harry Potter world, a Pensieve is an object used to review memories. A magical person can place his/her memories in the Pensieve and watch the event of the said memory as it unfold much like watching a movie.

Interestingly, I am listening to Harry Potter now. It is my first experience with audio books, and I must say, it truly is a different kind of journey. I’ve always had my doubts with audio books, but it’s a different medium than books and therefore, should not be compared with each other – at least, that’s what I’ve realized.

I am now on my 5th book, Harry Potter and the Order of the Phoenix, which happens to be my favorite book of the series. It was mainly because  of the length, the Order is the longest books among the series, it seemed like it would never end. So I was such a happy girl!

The Pensieve is a basin-like object with ancient runes written all over – probably a spell to make it work. A witch or wizard can then store their memories in the Pensieve and review it. Imagine, if there were Pensieve in real life! No memories would be lost! I will always replay that part when my crush smiled at me *giggles* But seriously, having a Pensieve would be amazing. No one can say “they don’t remember” saying something anymore.

So now you know that I am a huge, huge, huge fan of Harry Potter! I have re-read the books for many summers and now, I’m trying my hand in the audio books. I don’t think I will actually ever get over my Harry Potter fandom, it’s just one of those things I can’t let go. Much like an old memory or an old song.